Cryptocurrencies as a vehicle for financial crime. 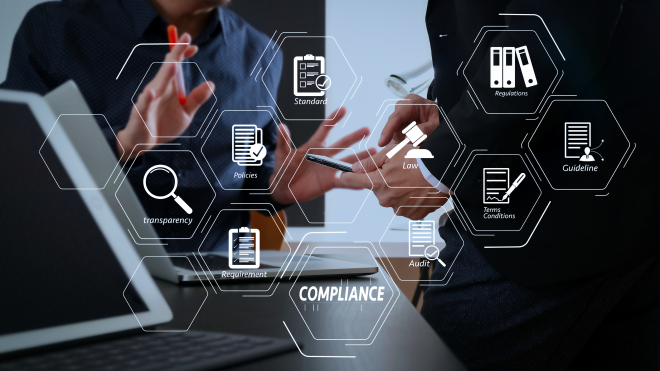 13 Sep Cryptocurrencies as a vehicle for financial crime.

Posted at 13:47h in NOTIONES by admin

Cryptocurrency is a digital currency in which transactions are decentralized, without a central authority to uphold or maintain it. Transactions are secured by encryption, which makes it nearly impossible to spoof or spend twice. Bitcoin is a cryptocurrency created in 2008 by Satoshi Nakamoto, with the idea of creating an electronic currency that can be transferred on a peer-to-peer network, based on cryptographic proof. Cryptocurrencies use blockchain technology, a distributed ledger enforced by a disparate network of computers. It works as a transparent ledger, in a public and shared way, without third parties, in which each computer that connects to the network has the function of validating and passing on transactions. Blockchain is a type of distributed database that keeps a permanent record of transactions (individual or block transactions). All individual transactions are recorded in a block, and when a block is completed, another is generated with a reference to the previous block, like a chain, linked to each other.

Blockchain supports not only cryptocurrency transactions but also can be used in applications of supply chain management, cybersecurity, trade, contracts management, insurance, healthcare, manufacturing, education, and even elections. This technology offers high resilience, decentralized, traceable, temper proof, and trustworthy distributed database systems operated by multiple nodes. On the other hand, this same benefit of being decentralized can offer a high risk in operations facilitating the performance of financial criminal activities.

Some studies claim that cryptocurrencies can facilitate financial crime, as they are not managed or supervised by trusted third parties and allow high anonymity. Their argument is that cryptocurrencies can be used for money laundering, terrorist financing, and corruption. Criminals use anonymity to avoid tracking by authorities, they benefit from not being limited by geographic boundaries to establish accounts and digital identities around the world. This transfer of funds between multiple jurisdictions benefits money laundering and terrorist financing, making it difficult to follow a criminal prosecution. Money laundering is also facilitated by Bitcoin transactions when for example OTC (over-the-counter) Brokers are used to trade large amounts of cryptocurrency at a fixed price. OTC brokers facilitate trades between individual sellers and buyers who do not want to transact on an open exchange. They typically exchange the money for cryptocurrency, then for another more stable intermediate currency, such as Tether, to finally exchange it for fiat. Many activities involving money laundering and crime financing cannot be detected and traced because they involve false identity and unregistered business.

Cryptocurrency is also being used to finance terrorism, there was a case where the Mujahideen Shura Council (MSC) (a Gaza-based, pro-Islamic State, jihadist group) ran a public campaign between June 2016 and 2018 called “equip us”, asking supporters to send cryptocurrencies so the group could buy weapons. In early 2019 the military wing of Hamas, Izz ad-Din al-Qassam Brigades (AQB), also asked for Bitcoin donations creating one of the largest and most sophisticated terrorist financing campaigns. Fortunately, crypto analysts were able to track down these transactions and froze the accounts, initiating investigations with law enforcement.

Hence, there is a need to carry out compliance efforts in the cryptocurrency industry effectively and maybe introduce international regulatory standards. Some studies argue that in order to solve financial crimes in cryptocurrencies it is necessary to create an internationally standardized legal framework. Thus, providers of virtual assets that do not wish to comply with these standards will be prevented from simply moving to other jurisdictions.

To manage this type of crime, some countries like Bolivia, Saudi Arabia, and Vietnam have preferred to ban the use of cryptocurrency. Others such as China and India have restricted its use, not allowing it to be used as a form of payment or exchange. In the European Union (EU), the 5th Anti-Money Laundering Directive (AMLD5) of January/2020 established that service providers offering digital currency exchange be registered with local authorities and follow strict KYC (know-your-customer) guidelines. So, they can monitor transactions and report any suspicious activity. As a result, several cryptocurrency service providers have moved to jurisdictions with less stringent regulations, saying that AMLD5 has very strict regulations preventing it from continuing its operations.

In the USA, the government processed a gold-backed virtual currency, e-gold, which required a central entity to approve transactions, so the government was able to obtain records and track payments. China and Venezuela have also started planning to implement their own cryptocurrencies, and Facebook has also implemented its own cryptocurrency, Libra. The Liechtenstein government, for example, acted differently, it decided not only to focus on cryptocurrencies but to introduce a legal framework for all possible blockchain applications. They created a comprehensive legal framework called the TT Service Providers Act (German: Token-und VT-Dienstleister-Gesetz; TVTG) that tracks and regulates all innovative technologies. It calls blockchain-based technologies “TT systems (Transaction Systems Based on Trusted Technologies)”, and implements a registration system for all TT service providers.

They also linked cryptocurrency transactions to the Due Diligence Act (2008) (German: Sorgfaltspflichtgesetz; SPG), and since September 2017, all exchange offices that exchange regular currencies for cryptocurrencies have been regulated by the SPG. Therefore, Liechtenstein became a pioneer in introducing a comprehensive blockchain law, and with its due diligence measures, they were able to follow up on suspicious transactions that may involve incriminated funds or illegal activities. Liechtenstein’s case study argues that the TVTG could serve as a reference for a potential international standardized framework, as it is comprehensive and considers all possible blockchain applications, not needing to revise legislation in the future due to the emergence of new innovations. Liechtenstein lawmakers believe that creating effective and long-lasting regulations can benefit individual cryptocurrency users, companies, and law enforcement as they all cooperate to prosecute cryptocurrency-related crimes.

(PDF) A Review on Blockchain Security Issues and Challenges (researchgate.net)