The perception and fear of terrorism and war 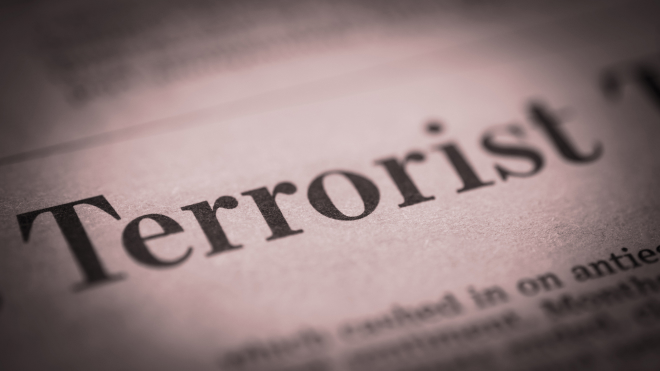 12 Jan The perception and fear of terrorism and war

Posted at 07:36h in NOTIONES by admin

The Europeans, although very concerned by the developments of the war in Ukraine, almost a kind of terroristic war that kill indiscriminately civilians, women and children, and even before by the growing transnational terrorist phenomena, have so far had a rather short-sighted, almost detached vision, as if the security problems did not concern them so immediately and closely. In fact, there does not yet seem to be the exact and complete perception of what is really at stake: our freedoms, our well-being, our very way of life and our own life. This situation can also have a negative impact on the internal security of our countries, particularly because of the serious economic consequences: all this poses a threat to our political and social systems. Then there is the grave danger of entering into an unwanted war, absolutely unexpected and for which we are little or not at all prepared. Here then is that the illusion that what happens in distant or even close countries basically does not concern us: the streets of Kabul or Baghdad, but also of Kiev and Mariupol are much closer to us than we think, the driving force of globalization brings us closer to crisis areas in spite of geography. To renounce an active role in conflict resolution is to passively suffer political initiatives from others that could still expose us to the risks of war. In short, there is still some attitude of disengagement that is very reminiscent of that of a part of Italian public opinion at the beginning of the so-called “bullet years ” which, very hypocritically, supported “neither with the Red Brigades nor with the State”. That little bloody internal war against Red Brigades terroristic groups in the 70s and 80s was won precisely because it was possible, after an impressive series of attacks, kidnappings and killings, to make a common front against the senselessness of terrorist violence. There was the will of all, citizens and institutions to unite and finally support the heroic sacrifices of the police, until then isolated in a dramatic struggle that, for a long time, had seemed not to concern the so-called “civil society”. The beginning of the decline and defeat of Red Brigades terrorism coincided at the end of 1980 with the decisive and unexpected intervention of a carabinieri special unit in the superprison of Trani to free 18 custody agents taken hostage by a hundred detainees of the Red Brigades. The decision was taken by a government in extreme difficulty because it was under the double blackmail of the detained terrorists and those outside in hiding who, in turn, had kidnapped an Alfa Romeo executive. The success achieved and the determination shown after so many fears, indecisions and divisions, amazed national and international public opinion and shook the conviction of invincibility and the swaggering security of the Red Brigades, whose certainties from that moment were no longer such.

This episode was certainly significant, but it was above all thanks to the patient, tenacious, intelligent investigative activity of all the police forces, that a very painful victory was achieved. So precisely from the ways in which this was achieved we could still draw some good lessons and ideas. The most important is certainly that terrorism is fought with many weapons, from military and police to social and cultural ones, but above all by emptying it of its ideological, social and political motivations, countering it with simple strategies and tactics but, at the same time, lucid and supported by strong sentiments such as courage, determination, coherence, moral and ideal tension, respect for life and human dignity, in the conviction of making the most just cause prevail in the most just way.

The example of Carabinieri General Carlo Alberto Dalla Chiesa, forty years after his murder in Palermo together with his young wife and an escort agent, is certainly emblematic. Charismatic commander and driving force, aware of his role in a very dangerous situation for the security of the state and democratic institutions, he had borrowed his methodologies and tactics of fighting terrorism from those already used against the mafia, whom he knew well from the early years of his service in the Carabinieri Corps in Sicily. In that way, in fact, he had managed to unhinge subversive organizations from within, systematically using confidants, infiltrators and repentants as an investigative pick-me-up, but also ideological and psychological. He had shown a strong and indomitable determination and tenacity in pursuing his goals. He had tried to involve all the political and social parties in his battle. He had worked and fought without sparing, nor regard for himself and for his most direct collaborators. He had therefore not hesitated to use even extreme acts of force when necessary, while not disdaining in some cases mediation and negotiation.

A certain methodology therefore to search in an organic and systematic way for the best solution to the worst problem, identifying every possible action of the enemy and comparing each of them with at least two or three our possible courses of action. This traditional method of military staff can therefore be useful for the search for the most effective strategy to face the complexity and danger of current and future crises.

Stabilization, ensured by a just peace, but also supervised and defended with weapons, is in fact the only alternative to an escalation of attacks and reprisals that, in an effort to beat the adversary, could degenerate into a total war with the more or less discriminated use of the most powerful weapons, including mass ones. The positions of pacifists at all costs, although morally respectable, often end up becoming utopian, rhetorical, sometimes more harmful than useful to the cause of peace, being the counter-proof that reassures the enemy about our lack of cohesion and determination in opposing its violence, which confirms our inability to face a conflict and to bear its costs and inevitable losses. In short, an encouragement for those who want to attack peace and stability and perhaps also a convenient alibi for cowardice mystified by utopias systematically denied by history.

Strategy therefore as a methodology to search for solutions or in any case guidelines. Not an exact science to be studied dogmatically, not a special astrology to divine the future, but rather a way of thinking, organizing and acting to achieve and maintain the most just and lasting peace possible, trying to predict and anticipate the moves of those who threaten us, both in a blatant and occult way.