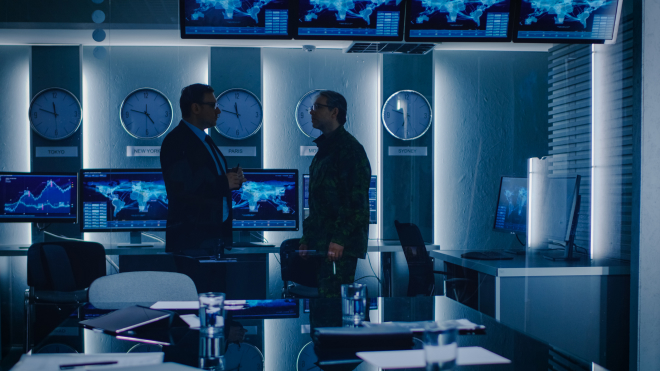 Posted at 08:30h in NOTIONES by admin

The vocabulary defines strategy as the branch of military art that studies, sets and coordinates in broad terms the operations of war. Terrorism is a form of asymmetric warfare. Terrorist tactics employ violence primarily against noncombatants and aim to produce the maximum informational and political effects. Considering that terrorist tactics can be effective for generating popular support and altering the behavior of governments, how can we effectively counter the threats to peace and stability that result from them? So what is the best strategy to guide our most difficult choices? Of course there are no unique answers, totally exhaustive, definitive or pre-packaged. However, we would like to try to contribute to a better understanding of the various terrorist phenomena and international frictions, highlighting their differences and seeking their common features if they are. We should be able to imagine the most likely future scenarios and thus seek the most appropriate political, social, diplomatic, police and military solutions, taking into account the respective national interests to be harmonized and coordinated at European level.

The greatest responsibility always falls on the great powers: the rich and evolved West, despite its weaknesses and divisions, will very hardly allow itself to be overwhelmed. If seriously threatened in its cultural, territorial and economic integrity, it can in fact react much harder and more unanimously than it has done so far, making use of the military superiority it still has.

Our only real victory is therefore a fair and stable peace, to be achieved by demonstrating courage and decisiveness, but also balance, proportionality and respect for human rights. Limitations that are absolutely essential not only for just humanitarian reasons, but also to make our systems credible. A peace also obtained with deterrence that expresses a credible and effective military tool, to be used always and only for recognizable and recognized needs of self-defense: strength and firmness guided by reason and awareness. Only in this way it will be possible to avoid an explosion and an uncontrolled escalation of a clash whose consequences would inevitably be catastrophic for everyone.

As already mentioned in the introduction, the overcoming of the logic of opposing blocs has provoked the emergence of old and new threats to the stability of the geo-strategic balances of the world and therefore to international peace. To the already numerous reasons for friction, to the local conflicts for nationalistic, ethnic and religious claims, other causes of clashes, more or less declared, for the possession or control of energy sources, markets and communication and transport routes have been added. This widespread conflict has therefore found further motivations and hotbeds in increasingly virulent phenomena of transnational terrorism, fueled by the most exasperated and desperate religious fanaticism, pushed to the point of systematic suicide and organized as a form of warfare without limits. Terrorist groups often also interact with criminal gangs according to their common interest in maintaining or creating insecurity and instability in their respective areas of influence. These conditions, in fact, allow terrorists to pursue their political goals, taking away or preventing the control of territories from government organizations, and criminals to carry out and develop their illicit trafficking with impunity, without the risk of suffering serious repressive actions, precisely for lack of control. In some cases the different purposes coincide exactly and are recognizable in homogeneous arrangements with criminal and subversive characteristics at the same time, qualifying the action of some “revolutionary forces”, rebels, insurgents or terrorists who finance themselves with the proceeds of illegal activities managed directly (weapons, drugs, kidnappings, illegal immigration, smuggling). There are also some States which, for political, economic, ethnic, religious, ideological but above all strategic reasons, have supported and support, in a more or less obvious way, various terrorist organizations and extreme rebellion, favoring criminal activities, participating in the division of their earnings, thus becoming real “sanctuaries” for destabilizing elements of all kinds. To face these crisis scenarios, the growing threats and the now declared war on world peace, the international community must defend itself with diplomatic, political, economic, military and police actions and operations.

The strategies of countering or reacting to terrorism pursued so far seem to be attributable to three main options.

The first consists of a total and massive response, mainly military, with attacks and bombings against military and civilian targets, regions, zones, logistical operational bases, training centers, command and control structures, routes and means of communication, which do not concern only terrorist organizations, but also the states, governments and armed forces of the countries that host, support and protect them, with an escalation that can lead to total war and the use of the most powerful weapons. The advantages of this option lie in the promptness, immediacy and decisiveness of the response and its inherently high deterrent value. The disadvantages and risks can be many, even in the case, for example, of a lack of discrimination of the affected targets, the so-called “collateral damage” that always provokes the anger and desire for revenge of the populations involved, induced or forced to share the fate of the terrorists and often to join them. From here it is possible to trigger a process of rejection and condemnation of the intervention by public opinion and the media that can affect or cancel very quickly an initial internal and external consensus. If, then, the military commitment leads to an occupation of the countries concerned and this happens without a precise, adequate and provident post-conflict strategy, the difficulties and negative consequences can increase proportionally to the losses suffered and the resources used. The initial advantages associated with the speed of the intervention are eliminated and the conditions are created for a progressive entrapment in political-military junipers, from which it may be difficult to get out honorably and in a short time.

The second strategy is a military response aimed at eliminating the leaders and leading figures of terrorist groups wherever they are. The option has some indisputable advantages related to the possibility of choosing the time and place of the action which, having to be necessarily precise, discriminating and decisive, involves less risk of “collateral damage” and a relative lower use of resources and military means with a clear prevalence for the use of secret services and special forces. The negative aspects of this option may relate above all to violations of rules of international law and non-respect for national sovereignties, usually related to this type of operation, with the consequent condemnation of public opinion and the media and international bodies. Such actions trigger angry reactions and therefore the will to take revenge with attacks, retaliation and reprisals, and push terrorist organizations to react in an extreme, desperate and as heinous way as possible, as happened with the ever-widespread phenomenon of “suicide martyrs”, born at the very moment of maximum repression of Palestinian terrorism at the end of the 70s.

The third is a substantially social, political and police response. It not only tends to the possibly bloodless neutralization and therefore to the systematic capture of terrorist leaders, proceeding to their arrest, but also to a series of interventions and actions aimed at isolating them politically and morally and therefore at “emptying” the factions and subversive groups of reference from a motivational point of view. The most important and obvious advantages of this option are the total absence of “collateral damage”, the possibility of acquiring or in any case not losing internal and external consensus and respecting international law and human rights. The contraindications arise from the lack of timeliness and efficiency of the interventions that require time and resources, as well as from the difficulty of obtaining full or sufficient international collaboration and the consent of the populations involved. Consensus to be achieved also with adequate support actions and social and economic assistance, indispensable to isolate extremists and terrorists and without which no stabilization process is seriously conceivable.

The three options outlined have not always been adopted one at a time or one as an alternative to the other, but have often been integrated or functional, subsequent or consequential in a logical and/or chronological sequence or combination.

Indiscriminate repressions, heavy retaliation, reprisals that are not perfectly targeted and surgical in fact increase the number, motivation and despair of opponents and cause a retaliatory spiral that seriously compromises any process of pacification and stability, ending up in fact favoring and widening the popular consensus towards terrorists and anyone interested in disorder and violence. In this type of struggle the primary need is therefore to identify, isolate and locate in a certain way the enemy, guerrillas, terrorists or criminals, to then proceed against them with targeted, proportionate and discriminated repressive actions.